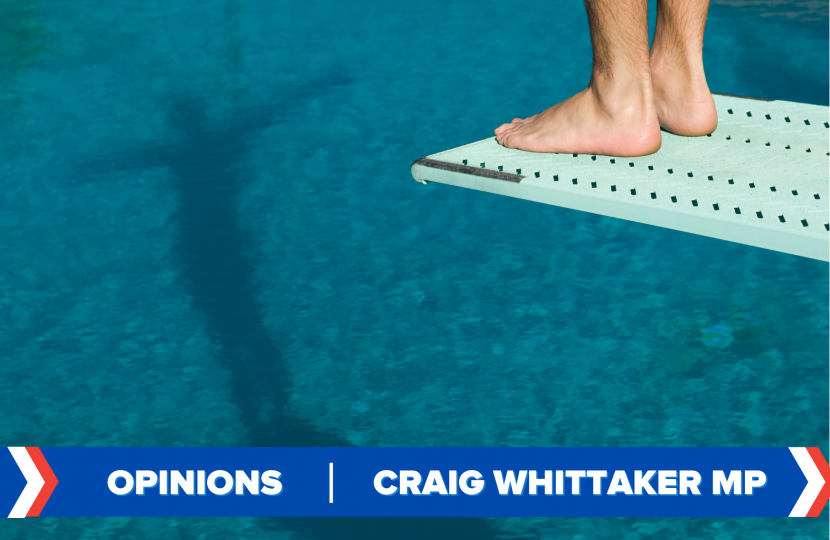 I am incredibly pleased to see that as part of his budget speech, the chancellor announced that the new swimming pool at North Bridge Leisure Centre will receive a share of a £187 million pot from the first tranche of allocations from the Levelling Up Fund.

When the plans to build a swimming pool were first announced, they represented an exciting opportunity for residents across Calderdale, including in the Calder Valley. At the time, many ideas were floated around in relation to the pool and its dynamics. Many have been devastated that the plan to include a deep water facility had been rejected by the Council.

The British Sub-Aqua Club and Halifax Synchro Club, who have been national champions with over 100 members, have campaigned hard for the new swimming facility to go deep enough for activities such as water polo, synchronised swimming, diving and sub-aqua to continue. The nearest 'centre of excellence' for these types of activities is in Leeds or Manchester - too far for Calderdale families to travel to on a regular basis.

I have previously expressed my support for this campaign, as have both the local Conservative Councillors.

Perhaps now that the Labour-run Council have received an additional £12 million from the Chancellor - money that they had not accounted for to deliver this project - they may now wish to listen to the strength of feeling on this issue, and seriously consider amending their plans to include a diving pool so our excellent diving facilities and synchronised swimming, that serve the whole of Calderdale, won’t now be disadvantaged.

This new facility in Halifax will be a big boost to our local businesses and give the town something to offer, that cannot be found in the rest of West Yorkshire.

I urge the Labour-run Council to take the plunge and dig a little deeper so our fantastic sub-aqua sports and young synchronised swimmers can continue to train and compete at both a local and national level.