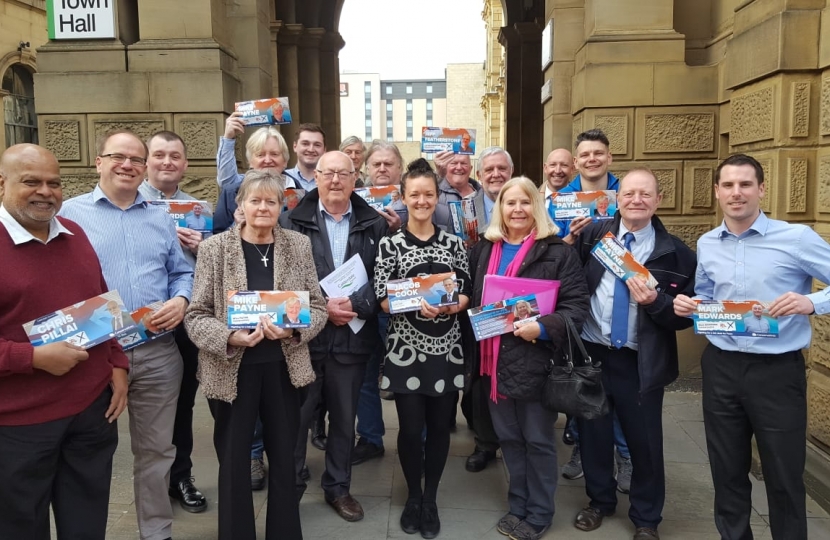 Keep Council Tax low and provide ‘more for less’: By running the Council more efficiently, cutting waste, and delivering a balanced budget, Conservatives will keep Council Tax low, providing value for money. This will free up more money to be spent on looking after older people, filling in pot holes, and keeping our streets clean.

Spend more money on keeping our streets clean and filling in pot holes: Labour have cut services such as street and highways maintenance, and libraries. Conservatives will restore these budgets ensuring our streets and parks are clean, pot holes are filled in, and street lights are repaired.

‘We all know that local councils have less money to spend than they did several years ago. This makes it all the more important that they spend their money carefully and deliver value for money. Labour have routinely failed residents through their lack of financial control. Their disastrous  handling of vanity projects and day-to-day spending has resulted in overspends of at least £10 million which now means less money is available for basic services and Council Tax has had to be increased’, said Cllr Scott Benton, Leader of the Conservative Group on Calderdale Council.

‘Labour have cut the budgets for street and highways maintenance and libraries, but refuse to cut the number of Councillors, their expenses, or limit the pay of senior officials. It is clear that they have got their priorities wrong! A Conservative-run Council will restore good financial management to the Council. This will mean that they can keep Council Tax low and spend more money on basic services such as filling in pot holes, cleaning the streets, and looking after our elderly residents. They will also spend money fairly across Calderdale including in towns and villages such as Elland which have been forgotten by Labour’, said Craig.