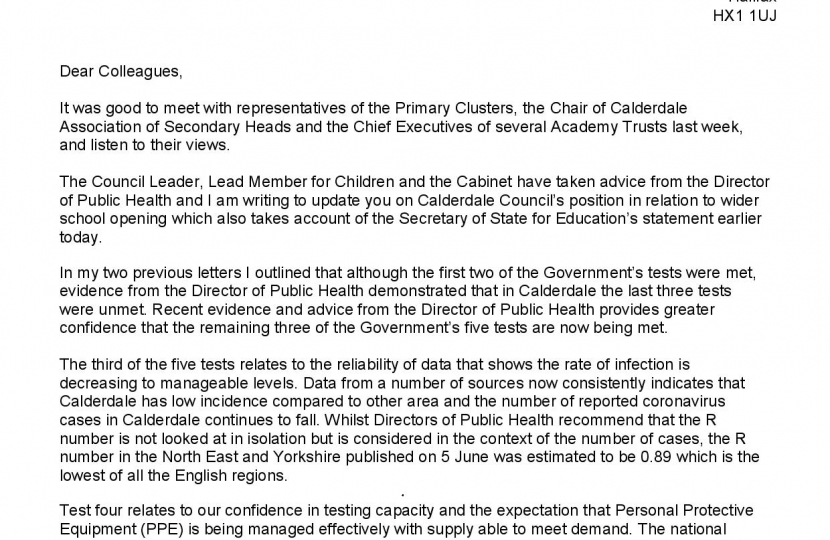 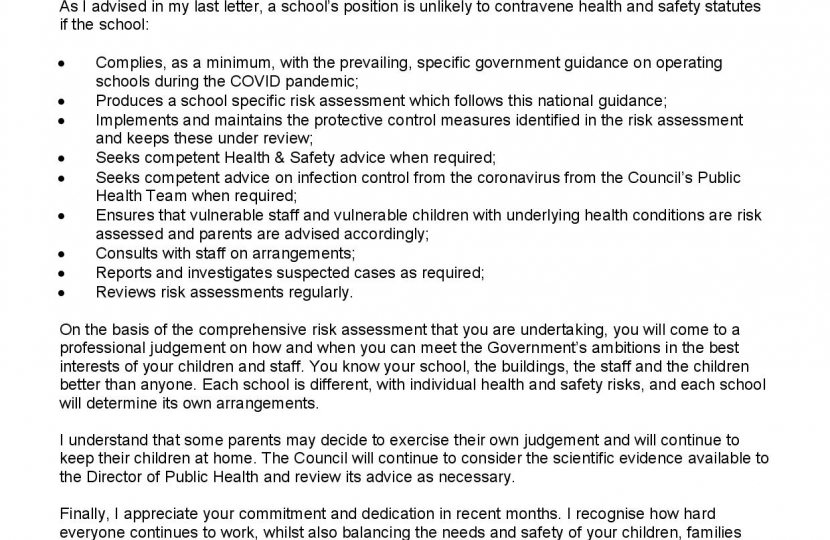 Following the increasing pressure from residents and local conservatives, Calderdale council have decided to promote the reopening of schools on Monday 15th of June - Two weeks after the government announced the five tests had been met.

"Whilst I welcome this news it has been incredibly disappointing that the Council have proactively discouraged schools from reopening on 1st of June, contrary to government advice."

The lack of evidence to support Calderdale's approach has been hugely detrimental to not only our young people's education, but to working families who've been under pressure to return to work.