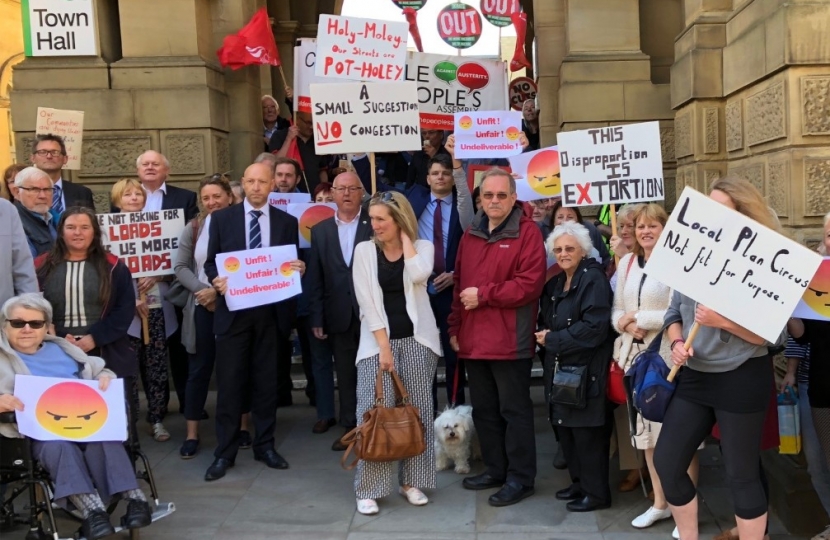 Calderdale Conservatives are urging residents across the borough to take part in what is likely to be the final public consultation on the Local Development Plan. The draft Local Plan was approved at a meeting of all Councillors in June after a coalition of Labour, Liberal and Independent Councillors voted the plans through. This paves the way for this final consultation which will be on legal and technical aspects of the plan, providing people with an opportunity to comment on three specific questions – whether the Plan is compliant with current legislation; whether it is ‘sound’ and whether it complies with the Duty to Co-operate.

The consultation starts on Friday 10th August and runs until 5pm on Monday 24 September 2018. The Council will not be able to amend the draft Local Plan after reviewing the representations made, but they will be included with the draft Local Plan when it is submitted to the Ministry of Housing, Communities and Local Government for Examination by an independent Planning Inspector.

‘I would encourage residents across the Calder Valley to take part in this consultation as it is likely to be their final opportunity to have a direct say on the Local Plan. Whilst we need new housing in all of our communities across the valley, developments have to be proportional to each area and must include the improvements to roads, schools, health facilities and local services which people rightfully expect. The current plan doesn’t meet this basic requirement or indeed the different challenges of our communities. It requires radical improvement. I would strongly encourage residents to have their say before the consultation closes in late September’, said Craig Whittaker MP.

‘The Conservative Group have fundamental concerns in relation to the Local Plan and its lack of detailed plans for infrastructure to accommodate the 12 000 new houses across the period of the plan. Our view that the plan is unsound and unfit for purpose on account on its inherent flaws such as the questionable nature of the way the council has discharged its ‘duty to cooperate’ with neighbouring councils has not changed. We voted against the plan when it came before Council and will be presenting a robust case to the Planning Inspectorate to highlight the flaws within the plan. We continue to support an alternative vision for the plan which is fair to all of the communities in the borough and which includes fully worked up plans for the roads and public services which we need to manage new development’, said Cllr Scott Benton, Leader of the Conservative Group on Calderdale Council.