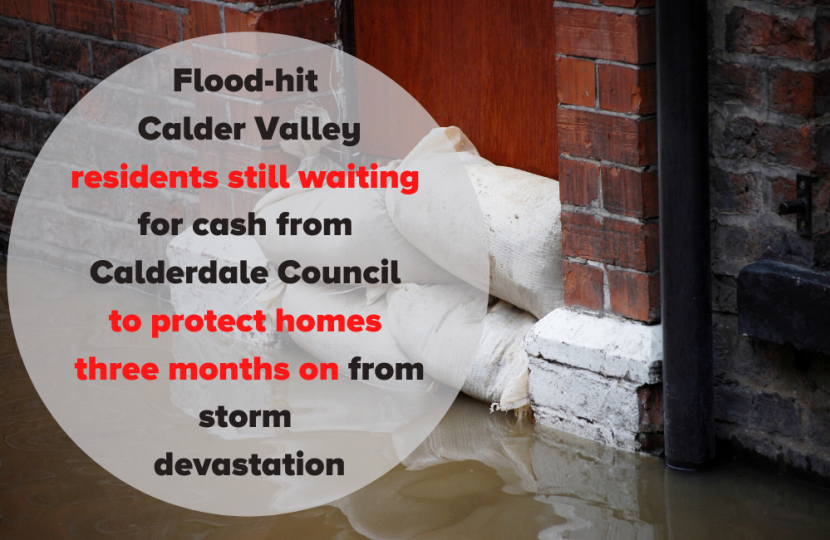 Three months after Storm Ciara and Dennis devastated the Calder Valley, Calderdale Council have failed to get government funding out to flood victims whose properties were destroyed by the February flooding.

The Council have not even opened up the application process, which they expect will be some time in June/July - some 5 months after the event!

I understand that the current crisis has diverted much needed focus, but for the Council to publicise that they are still waiting on the guidance from the government is both disingenuous and misleading. They received this guidance at the end of February and have not updated the public.

Flood victims who desperately need this funding are being badly let down by this Council.

I will continue to push for this funding to be made available before the unacceptable timescale quoted by Calderdale Council so that those affected by the recent floods get the money they need and deserve to finally start repairing their properties.

Performing Arts given green light to resume outdoors on July 11

Outdoor performances with social distancing can resume from July 11.

Why not sign up for more news from Craig?