The issuing of Fixed Penalty Notices to the Prime Minister & Chancellor 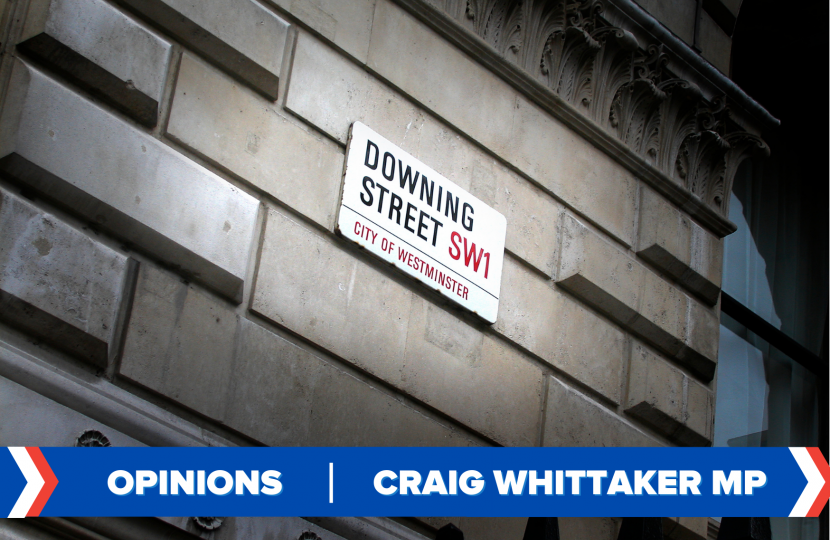 In light of the Metropolitan Police finding that both the Prime Minister (PM) and the Chancellor had indeed breached Covid restrictions, it is my belief that they should both resign.

I was very clear when Dominic Cummings took his trip to Barnard Castle during lockdown that he should resign, and I was one of the few MPs who said this publicly. I believed then, as I believe now, that you cannot set the rules and then break them without consequences.

The reality is that neither seem to have made any suggestion that they will resign. Instead, they feel an apology will suffice. Personally, I don’t think this is acceptable.

I’ve been asked by many of my colleagues and constituents whether I will submit a letter to the Chairman of the 1922 Committee, Sir Graham Brady. The answer is 'no.'

I believe it should be down to the British people, and the British people alone, to decide whether the PM should continue or not at the next General Election, not a small group of just over 50 MPs. Even with enough letters, it is by no means a forgone conclusion that the PM would step down; all it does is trigger a vote of no confidence which the PM is likely to win.

This process would achieve nothing apart from take valuable resource and time away from the job at hand, which is to get on and manage the country. This at a time when people are suffering from rising inflation, rising energy costs and the Ukrainian war fallout; all affecting our daily lives.

So, to be clear, it is my view that both the PM and Chancellor should step down. But, for the reasons given above, I will not submit a letter of 'No Confidence' to the 1922 Committee.