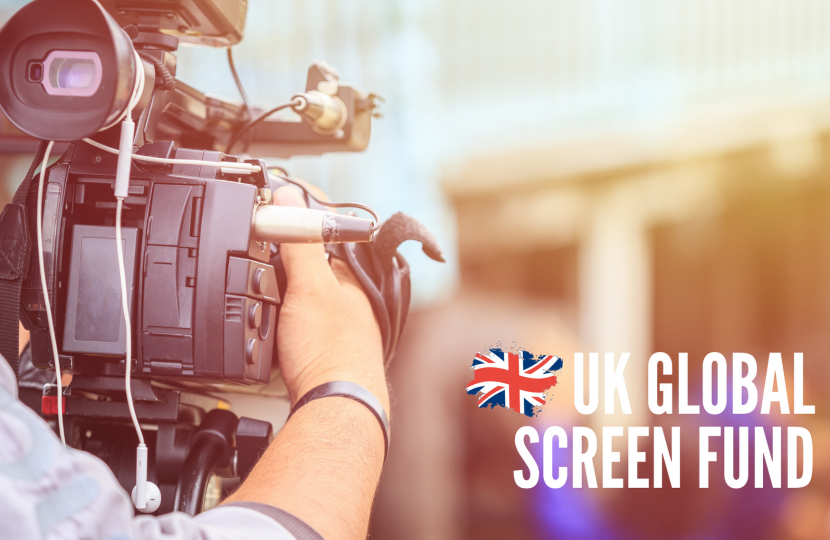 Developed in partnership with the British Film Institute (BFI), the fund will support the UK independent screen sector to export their productions to markets around the world, helping them to compete globally and bringing further recognition to the world-renowned British film industry.

With this support, even more independent UK-based productions will join mainstream global hits, such as The King’s Speech, The Favourite and Paddington, developing new talent and creating even more jobs.

The UK screen sector has a strong and vibrant history and huge international potential for further growth. Prior to Covid-19, UK independent film spent over £200 million on production and provided a launchpad for global stars such as Jude Law, Riz Ahmed, Carey Mulligan, and Olivia Colman.

While the fund will focus on independent film, it will also support a range of other screen content, including animation, documentary, television and interactive narrative games -promoting the best stories and content from every corner of the UK.

It will help UK content to become more competitive internationally by funding business development and co-production, as well as supporting promotion of screen productions and distribution to help reach larger global audiences and drive revenue.

The United Kingdom has an independent screen industry to be proud of. World renowned, our film, TV, video game and animation industries create jobs and growth the length and breadth of the UK.

The UK Global Screen Fund will export the extraordinary talent and creativity of the UK to audiences across the globe, supporting our talented filmmakers and screen businesses to compete and grow.

There is enormous recognition and respect world-wide for British film and television. It’s a prominent breeding ground for great storytelling and creativity, pioneering opportunities internationally. This additional investment will assist in sparking new international partnerships for the UK industry, generating more jobs and taking our productions to new global audiences.

The UK’s creative industry is second to none, so it’s great to see that overseas markets will be able to experience British expertise, talent and innovation by way of our award-winning independent screen sector.

This fund will help to boost our economy and create jobs on both sides of the camera, not just for the acting stars of the future but for the tireless production staff who bring our world-class films to life

Film and television have kept the nation entertained throughout lockdown and we will continue to do everything we can to allow the sector, including animation and gaming, to thrive as we build back better from the pandemic.

The fund will also provide networking and development opportunities across the sector, improving access particularly for those in the nations and regions less historically able to export content internationally.

The UK Global Screen Fund will support independent companies across the UK, ensuring a UK-wide benefit and addressing geographic imbalance within the industry. The Fund will consider where companies are based, where projects are made and how projects reflect the culture and talent of Northern Ireland, Scotland, Wales and the English regions outside Greater London.

The screen content eligible for the fund includes feature-length and episodic fiction, documentary and animated content for film and television as well as interactive digital projects with narrative content (‘interactive narrative games’), for distribution via digital platforms.

This pilot follows the government’s announcement that over 350 productions have registered for the government’s £500 million Film and TV Production Restart Scheme which has protected over 35,000 jobs across the sector.

In addition to this, the screen industry is to benefit from more support to independent cinemas through Round 3 of the Culture Recovery Fund, which will allocate a further £300 million to help culturally significant organisations recover from the impact of the coronavirus pandemic. More than £20 million has so far been allocated to support more than 200 independent cinemas - reaching over 80% of the independent cinema sector and ensuring their survival throughout the pandemic.

Keeping your mental health in check

For any further help or guidance, check out page 11 & 12 for useful contacts.