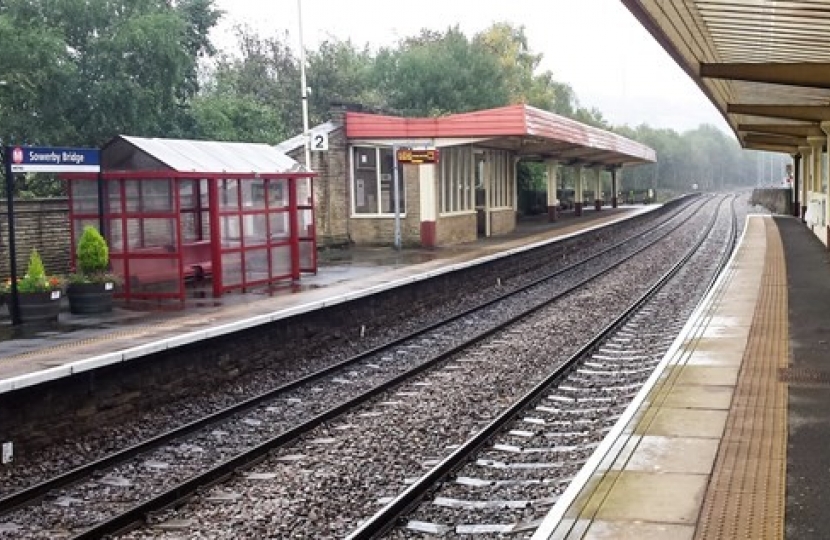 As part of the Great North Rail Project Network Rail, TransPennine Express and Northern are investing in stations and other rail infrastructure to prepare the north for new trains.

Over the next two years, they will be extending over 100 platforms at more than 70 stations in the north of England to allow Northern and TransPennine Express to introduce longer trains with more seats and greater capacity for passengers.

In the next few weeks, they will be delivering platform lengthening work in the Calder Valley at:

From 1 September until 25 November, we will extend both platform one and platform two at Mytholmroyd. A construction compound will also be set up opposite Mytholmroyd station car park.

From 19 August until 4 November, we will extend both platform one and platform two at Sowerby Bridge. During this time, there will be a compound at the far end of Sowerby Bridge station car park. Five parking bays will be out of use for the duration of this work.

From 15 August until 23 November, we will reinstate an unused part of platform two. We will also make platform one longer. During this time, there will be a compound next to the car park and we will require the use of five of the car park spaces.

From 19 August until 11 November, we will lengthen both platforms one and two at Walsden. No site compound will be required in this location as our contractors will be able to use the compound at nearby Todmorden.

These works are in addition to an ongoing package of works at Hebden Bridge Station.

Network Rail is holding two upcoming public drop-in sessions where representatives from the project will be in attendance to discuss the upcoming work with local residents.

These will take place on:

Alternatively residents who can’t make an event but would like to learn more about the upcoming works can visit www.networkrail.co.uk/contact or call the Network Rail National Helpline on 03457 11 41 41.