Relaxation of the Triple Lock 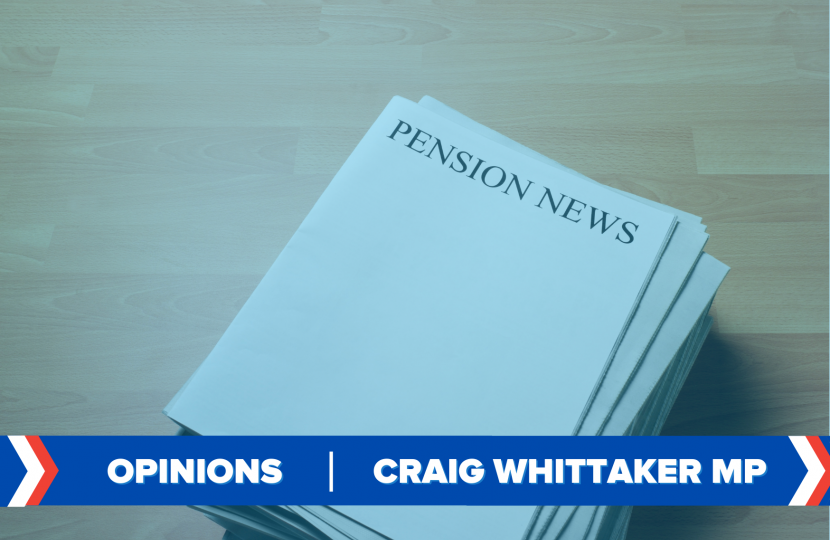 A number of constituents have contacted me about the relaxation of the triple lock on state pensions this year.

As you will know, the trigger for any of the 3 triple lock measures is an annual rise in wages.

Last year because of the pandemic, much of the nation on furlough and the economy in lockdown, wages actually decreased by a very large amount (Furlough accounted for 80% of normal salary), so as a result under those circumstances, there would have been no pay rise at all last year. The government however decided that despite negative wage growth last year, they would award 2.5% to pensioners.

This year, because wages are hugely up on last year, now that most people are back to work, off furlough and taking full salary, the figure is massively distorted because of the unprecedented circumstances last year. On that basis, it would be hugely unfair to award a rise on pensions that is in double digits, when the reality is very different for the rest of the nation.

That is why the ‘Triple Lock’ has been suspended for this year only.

Even though this is the case, state pensions are expected to rise between 3% and 4% this year but we won’t know until the statistics are released next month what the final % rise will be. Nevertheless, Ministers are expecting a rise in excess of that which was awarded last year.

I hope this clarifies and I’m sure you will agree with me that this is a fair approach.