Sue Gray Report / Vote of No Confidence - My Response 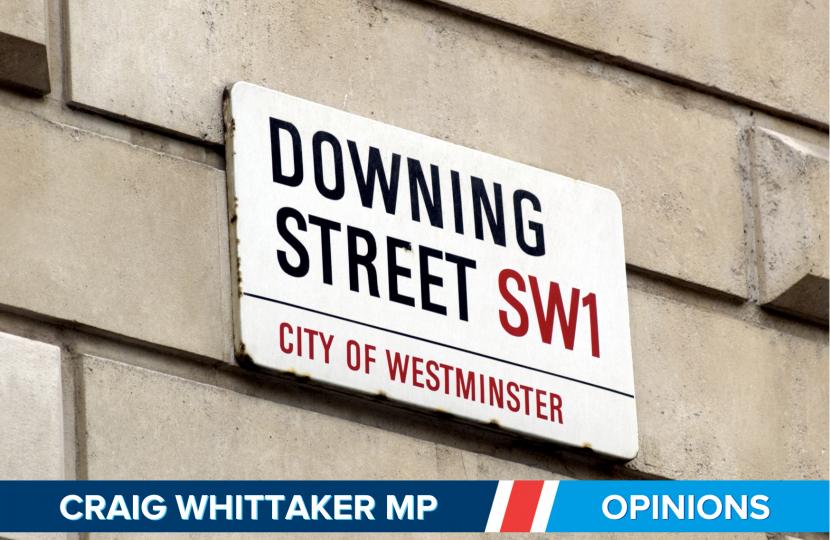 Many of my constituents have been contacting me with regards to the conduct of the Prime Minister. As we have had so many different questions on varying aspects of ‘Partygate’, whether it be the Fixed Penalty Notices issued, the Sue Gray Report, the potential breaching of the Ministerial code, the Privileges committee enquiry or whether I am submitting a letter of no confidence to the 1922, I have decided to do a generic reply in the interests of expedience and capacity in my office.

First of all, for those who have given my office abuse for me not supporting the Prime Minister can I say this definitely is not an issue about Brexit! That battle has been fought, decided and settled. Also abusing my team is not pleasant and will certainly not gain the response you desire.

I have called for the Prime Minister to resign. I did this when he was issued with a Fixed Penalty Notice some weeks ago now. Quite simply, I do not believe you can make rules in the best interest of everybody and then think it is fine to break them yourself.

For all of those who asked that I call for his resignation on the back of the publication of the Sue Gray report, I say a couple of things:

On the issue of whether I would submit a letter of 'No Confidence' to the 1922 Committee. The straight forward answer to this is: “No. I will not and I did not.”

Those who asked me to do this, for some reason, believed this would force the Prime Minister to resign. It does not. All it does is potentially trigger a vote of 'No Confidence' which is what we saw on Monday 6 June. This vote needed 182 MPs to vote against the PM for him to lose and, as predicted, the PM won this vote. I believe now as I believed before, this was a wholly futile exercise.

On potential breaches of the Ministerial code and the Privileges committee investigation, these are independent committees who operate to a strict protocol, over which MPs have no influence. These need to run their course.

It is clear that the Prime Minister has no intention of resigning and he also seen off a vote of 'No Confidence'. We now need to get on and deliver in the interests of the country as a whole. I, for one, accept the decision of the vote and intend to push for the government to get on and govern as well as addressing the many big issues of the day.

For more, click here for my response on Sky News - Common Ground: https://news.sky.com/video/can-tories-win-with-boris-johnson-12629743