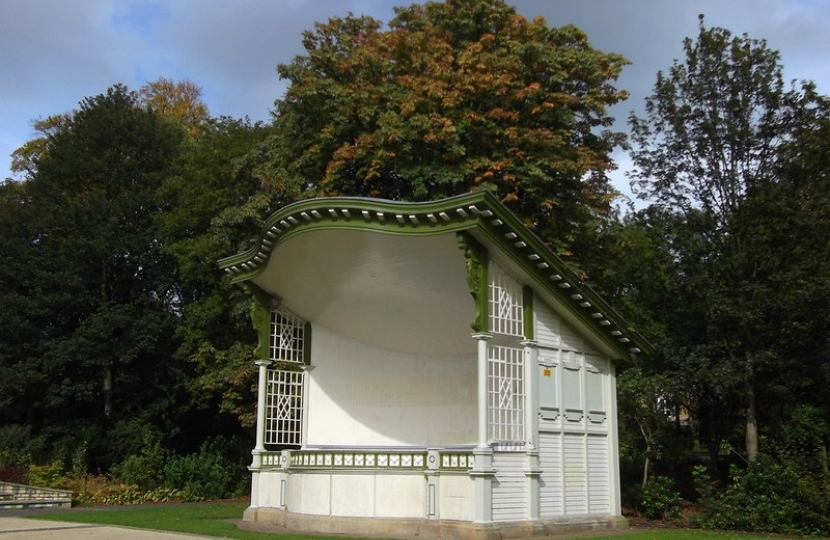 Earlier last year Calderdale council attempted to slip though the net the demolition of the old Victorian bandstand in Todmorden after claiming that refurbishment was too costly.

Following outcry from the people of Todmorden, Calderdale Council's Conservative Group called the issue before a scrutiny board. Unfortunately, the council was not willing to move from its stance on the issue and the original decision to demolish the bandstand was upheld.

Residents of Todmorden continued to apply pressure in their attempt to save the bandstand and the Conservative Group submitted an application on their behalf to Historic England requesting that the bandstand be made a listed building which has now been successful. The bandstand has been awarded a grade 2 status.

Craig said: "This is fantastic news for the people of Todmorden. As a result of the local conservative group working alongside the local community, this Victorian bandstand can now be rightly preserved and restored to its former glory. Together with the government’s £25 million Stronger Town Fund for Todmorden, the bandstand’s listed status will open up further funding opportunities."

A Conservative MP says he is "furious" it has taken nine days for the government to trigger funding for flood-hit communities like his.

Thousands of pounds of support is being made available for homes and businesses affected by Storms Dennis and Ciara.