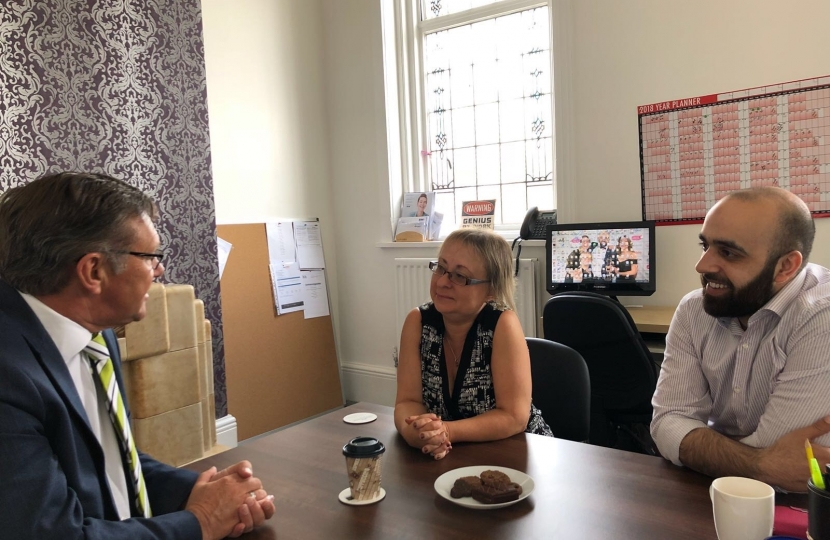 Figures released today show that in Yorkshire & Humber, there are 2 604 282 people in work – meaning that, under the Conservatives, 222 919 more people have been able to access the security of a job since 2010.

In Calder Valley, the number of people who are claiming key out-of-work benefits has fallen by 766 since 2010 – an overall reduction of 31 per cent, meaning fewer people now need this support because they have the security of a job.

The figures also show that the number of women in work has reached a record high as the unemployment rate is at its lowest since the mid-1970s, at 3.8 per cent.

And with youth unemployment halving under the Conservatives, more young people have the economic independence that a job brings and can reach their full potential.

Behind every employment number is a person and a family whose self-esteem, mental wellbeing, economic circumstances and life chances are all vastly improved by being in the workplace.

“These figures show our balanced approach to the economy is working. We are backing businesses across the country to create more, higher-paying jobs through our modern Industrial Strategy.

“The unemployment rate hasn’t been lower since the mid-1970s and the Conservatives will continue to help people build a better future for themselves and their families.

“Labour don’t know how to handle the economy and would hurt the people they claim they want to help, just like last time.”

Alok Sharma, the Minister for Employment, responded to the latest employment figures, saying:

“Maintaining our record employment rate with unemployment falling again to just 3.8%, its lowest rate since 1974, once again shows the success of our balanced approach to managing the economy.

“Rising wages and booming higher-skilled employment means better prospects for thousands of families, and with youth unemployment halving since 2010, we are creating opportunities for all generations.

“We now need to shift some of our focus to upskilling people and supporting them into roles with real career progression to create a modern workforce fit for the challenges of the 21st century.”